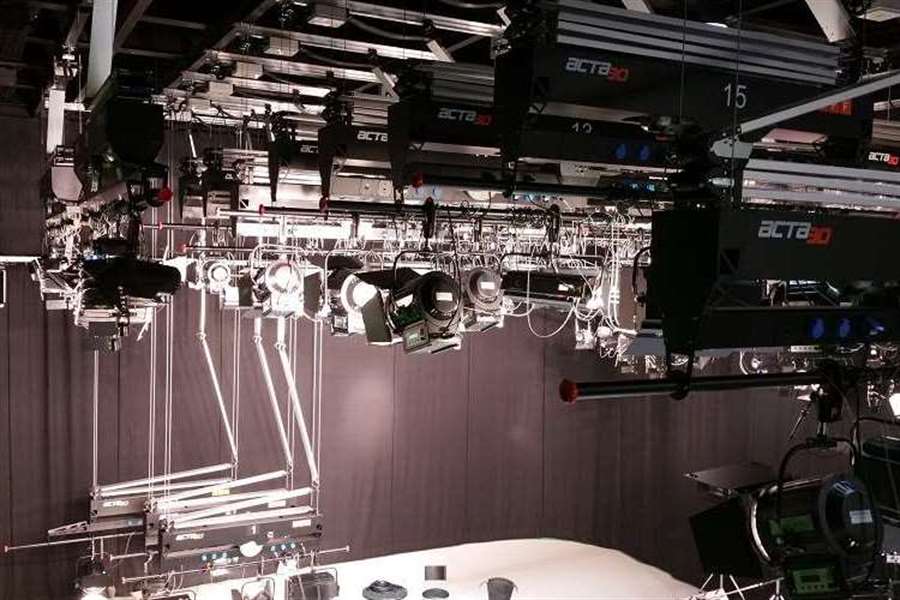 On 2015, all Cosmolight brands (Cosmolight's, Quartzcolor and IFF) were installed in the new Media Studio of Nanyang Polytechnic, School of Business Management. This studio was planned to offer to their students a great number of possibilities to broaden their production skills.

Regarding the suspension system to adopt for this studio, it was decided to install 37 IFF motorized self-climbing hoists including production hoists, backlight hoists, cyclorama and scenery hoists. All hoists are wired to a centralised hoist control panel complete with a wired remote control. In particular, the structure was equipped with 37 ACTA30 Self-climbing Hoists, 1 SM Control panel and 1 Wired Hand Held Remote control. Acta 30 is the self-climbing hoist that provides an easy and fast access to install and service studio lighting fixtures with on-board motor self-climbing hoist to raise and lower lighting fixtures. SM Mimic Control Panel that was able to control up to 62 motorized Hoists. Wired Hand Held Remote Control  to control directly the hoists.

For the lighting system, instead, it was planned to use both Quartzcolor and Cosmolight products. In particular, for Quartzcolor was decided to install 15 Studio LED X4, 19 Studio LED X5, and 10 Studio LED X6. Regarding Cosmolight's products, the studio was equipped with 8 Brivido 100W and 14 Brivido 220W.

The Studio LED X Series range combines the matchless features of the renowned QUARTZCOLOR Fresnel spotlights with the advantages of the LED technology innovation. It is a high performing professional LED Fresnel spotlight range whose light output is equivalent to a traditional halogen source and permits a one-for-one replacement without compromises in the quality of the light: same brightness, same smoothness, same even and shadow less illumination as a traditional Fresnel spotlight.

The Brivido Series is a COSMOLIGHT product range and it is the ideal solution for fill light, providing bright, soft and even light distribution. Additionally, this is an extensive and high-performance fluorescent fixtures range that are designed to meet TV studios, chroma key, and digital photography lighting requirements. Brivido 455 is the medium-sized fluorescent of this range of products that it is idyllic for medium and small studios while Brivido 655 is ideal for medium-large studios. Brivido 855 is the most powerful fluorescent of the BRIVIDO Series and it used for large studios.